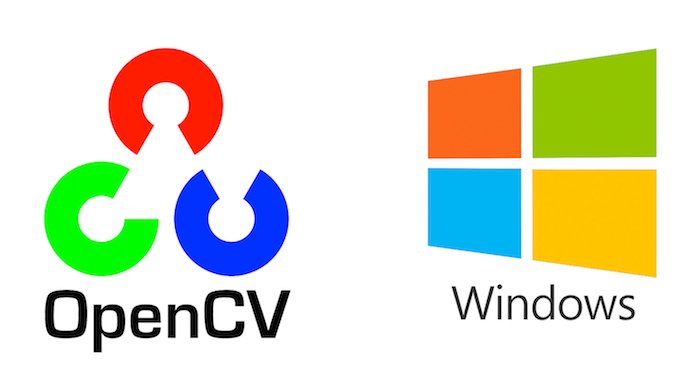 If you are still not able to install OpenCV on your system, but want to get started with it, we suggest using our docker images with pre-installed OpenCV, Dlib, miniconda and jupyter notebooks along with other dependencies as described in this blog.

We have used Windows Power Shell to run commands. Alternatively, you can use the command prompt too.

Download and install Visual Studio 2015 community edition from https://www.visualstudio.com/vs/older-downloads/. If you are finding it difficult to search for Visual Studio 2015, use this link. If you don’t have a Visual Studio Dev Essentials account, create account and login. Run installer, select “Custom” in “type of installation”. In next screen within Programming Languages, select Visual C++ and Python tools for Visual Studio. Click next. Now click next. It will take some time to complete the installation. We have finished installation of Visual Studio 2015. Note: Dlib ships a prebuilt binary for Python 3 and not Python 2. Building Dlib’s Python bindings from source is a hassle as you have to build Boost.Python first.
So it is advised to install Anaconda 3. In case you want to build OpenCV’s Python bindings for Python 2, you can install Anaconda 2 as well but you won’t be able to use Dlib in Python 2. While installing Anaconda make sure that you check both options: Extract both zip files. Although you can keep opencv and opencv_contrib folders anywhere, I suggest that you should keep both in the same directory. I have placed these two folders in “My Documents” directory.

NOTE : From hereon we will refer the path to opencv-3.3.1 folder as OPENCV_PATH. For example, in my case OPENCV_PATH is C:/Users/Vaibhaw Chandel/Documents/opencv-3.3.1

Depending upon where you have kept opencv-3.3.1 folder, this path would be different. When prompted to select a compiler, select Visual Studio 14 2015 Win64. Click finish and in the next window keep the default parameters checked. Click finish. Now CMake will look in the system directories and generate the makefiles.

We will make few changes in the default configuration generated by CMake. Click on the images to see a larger version. Now click on configure again to include this change.

Step 5.2 : Add Python paths for both Python2 and Python3 (optional)

This section is only for people who want to generate OpenCV binary for both Python2 and Python 3. If you are going to use just one Python either 2 or 3, you should skip this section.

CMake was unable to find paths for my Python3 files. So I manually added paths for Python3. If CMake is able to configure without any errors it should say “Configuring done”.
Click generate.

Note: Whenever you make any changes(check/uncheck boxes or change path) to configuration generated by CMake, always click configure and generate.

Now that we have compiled OpenCV we will find out how to test a OpenCV project using CMake.

First of all we will add OpenCV dll files’ path to our system PATH. Press Windows Super key, search for “environment variables” Now click Ok to save. Don’t close the Environment Variables window yet. We will update OPENCV_DIR variable in next step. As you can see in my case variable value is:
C:\Users\Vaibhaw Chandel\Documents\opencv-3.3.1\build\install
This directory contains file “OpenCVConfig.cmake”. This is used by CMake to configure OpenCV_LIBS and OpenCV_INCLUDE_DIRS variables to generate project files. Now click ok to save and close environment variables window. Download this redEyeRemover code and extract it into a folder.
Now open Windows Power Shell and navigate to this directory.
Create a file named CMakeLists.txt and put this code in this file.

This file has information about opencv’s include and library paths. Now we will compile removeRedEyes.cpp and run it.

You can see in the screenshot below that CMake found the OpenCV on my machine. Now we will build our application. Since our C++ code assumes that jpg files are in the current directory, we will move to directory RedEyeRemover and run removeRedEyes.exe file from there.

After running the application you will see two image windows, one with red eyes and another with black eyes.

Quick way to check whether OpenCV for Python is installed correctly or not is to import cv2 in python interpreter.
Open command prompt in Windows, run python command. This will open Python interpreter. Run these two commands

Anaconda comes with a feature-rich Python interpreter called IPython. I tested these commands in IPython. If OpenCV for Python is installed correctly, running command “import cv2” will give no errors. If any error comes up it means installation failed.

Open Windows Power Shell and navigate to directory where you have extracted RedEyeRemover.zip
Now run python code like this:

If the program runs successfully, you will see two image windows one with red-eyes other with black eyes.

We use cookies to ensure that we give you the best experience on our website. If you continue to use this site we will assume that you are happy with it.AcceptPrivacy policy